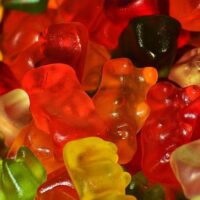 ST. PAUL, Minn. (AP) — A new Minnesota law taking effect Friday allows people 21 and older to buy edibles and beverages that contain a limited amount of THC, the ingredient in marijuana that creates a high.

Edibles, like gummies, and beverages can contain up to 5 milligrams of THC per serving and 50 milligrams per package under the law. Five milligrams is about half the standard dose found in recreational marijuana products in other states.

Under the law, new THC products must be derived from legally certified hemp. But, industry experts say 5 milligrams will produce the same effect whether it’s derived from hemp or marijuana, the Star Tribune reported.

“This stuff will get you high, no doubt about it,” said attorney Jason Tarasek, founder of the Minnesota Cannabis Law firm and a board member of the Minnesota Cannabis Association. “Everybody’s calling it hemp-derived THC, which makes it sound like something other than marijuana. But I went on social media and I called it adult-use marijuana, because that’s what most people are going to consider this to be.”

Steven Brown, CEO of Nothing But Hemp, said he will begin selling a dozen new THC products Friday at his six Minnesota retail stores, with a few dozen more rolling out over the next month.

“In some ways, we legalized cannabis,” Brown said.