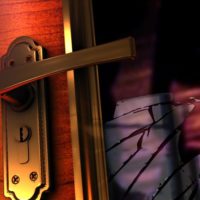 An investigation into a burglary in East Gull Lake on Friday, May 17 lead to the arrest of two Little Falls men.

Cass County Sheriff Tom Burch reports that on May 17 at around 5:11 a.m. the Cass County Sheriff’s Office received a report of a residential burglary alarm at a residence on Green Gables Road in East Gull Lake. Deputies arrived and found that a seasonal residence had been broken into.

Information from a neighbor who reported observing a vehicle leaving the area was investigated and forwarded to the Crow Wing County Sheriff’s Office. A short time later the vehicle was located and stopped in Crow Wing County. Derek Plante, 22, and Dean Derosier, 20, both of Little Falls, were arrested pending formal charges.

Sheriff Burch notes that in both investigations the Cass County Sheriff’s Office received important information from citizens who reported suspicious activity and who noted vehicle descriptions and license plates which was helpful in the investigations. Sheriff Burch reminds citizens to report suspicious activity and to be observant of anything that may seem out of place.