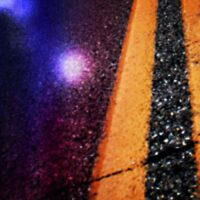 A driver who was attempting to avoid being stopped by police crashed the vehicle he was driving into Lake Bemidji on Saturday night.

Bemidji Police Chief Mike Mastin says officers attempted to stop the vehicle when they saw it going the wrong way on a one-way street. The vehicle did not stop, and a short time later, the driver lost control at the intersection of 9th Street NW and Lake Boulevard and then went through a handrail, down a steep embankment and into Lake Bemidji.