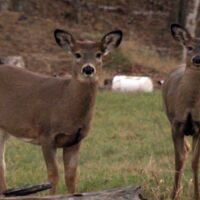 The Minnesota Department of Natural Resources has issued an emergency rule temporarily prohibiting the movement of all farmed white-tailed deer within the state, with the exception of deer being transported to slaughter. The rule takes effect Tuesday, June 1, and ends Saturday, July 31.

The rule is a temporary, emergency action to reduce further spread of chronic wasting disease (CWD) and protect Minnesota’s wild deer. The action is in response to concerning developments following the discovery of CWD in white-tailed deer at a farm in Beltrami County in northern Minnesota.

The emergency rule will provide time to examine and respond to connections between this farm and other potentially exposed farms throughout the state. The DNR issued a similar emergency rule in 2019 following the confirmation of CWD at a deer farm in Douglas County.

“This is a serious disease that poses a growing threat to Minnesota’s wild deer, and our actions must reflect that,” said DNR Commissioner Sarah Strommen. “The DNR is committed to proactively addressing CWD and doing everything we can to protect Minnesota’s white-tailed deer as part of our natural heritage. The CWD detections at the Beltrami County farm, its connections to other farms in the state and the additional contamination outside of the farm, pose a risk to wild deer that requires emergency action.”

Last week, the Minnesota Board of Animal Health (BAH) confirmed that a total of 13 deer tested positive for the fatal deer disease in a herd of 55 deer. The initial detection was confirmed on April 7, 2021; additional testing of the depopulated herd confirmed that 12 additional deer had the disease. Deer remains from the farm were also discovered on adjacent, county-managed land; testing conducted by the University of Minnesota’s Center for Prion Research and Outreach indicated the presence of CWD-causing prions in at least one of the bones found there.

Additionally, the BAH has identified movements of deer to the Beltrami farm from three herds in Minnesota; these herds are considered trace herds. There were no deer movements from the Beltrami herd. Since May 20, BAH has quarantined an additional nine herds in eight counties because of possible CWD exposure. These additional herds are located in the following Minnesota counties: Crow Wing, Dakota, Hennepin, Kanabec, Mille Lacs, Morrison, Mower and Stearns. A Winona County farm has been under quarantine since October 2020.

As announced in a May 25 statement, the DNR is working closely with the BAH as the agencies investigate the Beltrami County discovery and trace the farm’s connections to other locations in the state. In an additional effort to reduce disease risk in the area, the DNR is coordinating with Beltrami County to construct a fence at the off-farm site of deer remains to prevent wild deer access to prions.

The DNR is managing and monitoring for CWD in areas of Minnesota where the disease has been detected in both captive and wild deer. These areas are in southeastern Minnesota, the Twin Cities south metro area, and Crow Wing County, Douglas County and Pine County in central Minnesota.

Since CWD was first detected in Minnesota in 2002, the DNR has tested more than 90,000 wild deer in the state. To date, 115 wild deer have been confirmed positive for CWD in Minnesota. Minnesota has taken an aggressive approach to managing CWD in wild deer. Disease prevalence in Southeast Minnesota where the disease was first detected in 2016 is low, less than 1%. In contrast, states that have not responded as vigorously as Minnesota have seen continued geographic spread and CWD rates high enough to have negative impacts on the health of their deer herds.

CWD affects the cervid family, which includes deer, elk and moose. It can be spread from both direct (animal-to-animal) and indirect (environmental) contact with infected deer. Prions are shed through saliva, urine, blood, feces and antler velvet. Additionally, carcass parts from a dead infected deer can serve as a source of further infection to other deer in the area. There is no vaccine or treatment for this disease.

Test results, including locations of confirmed positive test results and statistics, are available on the DNR website at mndnr.gov/cwdcheck. 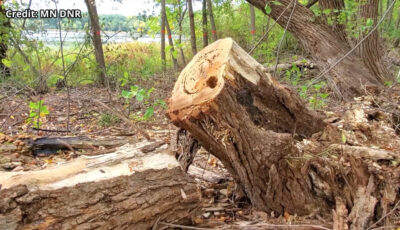 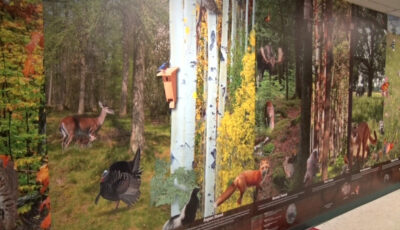