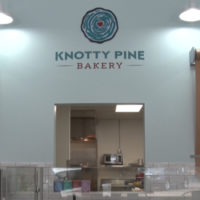 Almost a year ago, the winner of the Destination Downtown 2.0 Contest was announced at the Brainerd Lakes Chamber’s annual dinner. This last week, the winning idea, Knotty Pine Bakery, officially opened for business.

“You have a vision in your head about what your business is going to be and then to finally see it come to life is just beyond words,” said Knotty Pine Bakery owner Marie Kirsch. “It’s just amazing.”

Knotty Pine Bakery was the winning idea in the Destination Downtown 2.0 Business Challenge put on by the Brainerd Lakes Area Chamber of Commerce.

“I was working full-time in kind of an office support position for a long time doing this kind of as a side job, baking and selling at farmers markets. So when the Destination Downtown Challenge came along it just pushed me to say, ‘okay, maybe this is something I can do full time,’” explained Kirsch.

Knotty Pine Bakery is officially open to the public on Laurel Street in downtown Brainerd and is the only bakery in the downtown area. While their specialties are pies, they produce a variety of baked goods from cupcakes, muffins, to coffee cake.

“I kind of like to mix it up but I’m a pie baker so we’ll definitely always have pies in the case. Right now, we are kind of in a soft opening period so we are kind of testing out things still and just seeing what works,” Kirsch said. “We always like to have fresh rolls, fresh pies, all homemade. Sometimes it’s coming right out of the oven going right into the case.”

Though the bakery is still in the soft opening stages and has only been open for a week, Kirsch says the feedback has been overwhelmingly positive.

“We opened last Tuesday and it’s been kind of nonstop ever since. We are thrilled with the reception we’ve been receiving. Everybody that’s been coming in has been really positive and we’re just glad to have a bakery open back in downtown Brainerd,” added Kirsch.

Kirsch could not be happier to see her dream of owning a bakery become a reality.

“We are really excited to be here and to have people be so receptive to us being here in the Brainerd downtown area,” Kirsch added.

The Brainerd Lakes Area Chamber of Commerce will be announcing the winner of the third and final Destination Downtown contest winner at their Celebration of Excellence Dinner on November 21st. 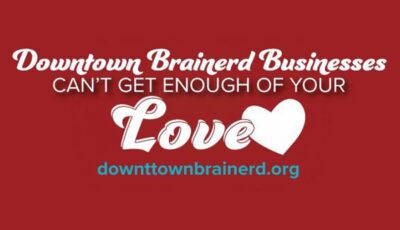 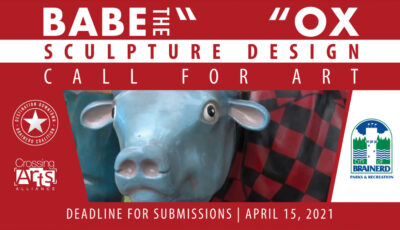 Public Tasked with Creating Theme for Babe Statue in Brainerd 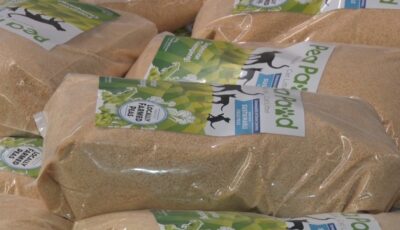