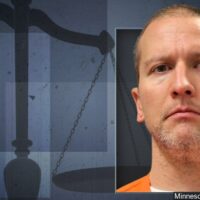 Chauvin’s fate will be decided by 12 Hennepin County residents, whose names will be kept confidential until further court order. Two alternate jurors were selected to listen to testimony, but will not be part of deliberations unless needed. A third alternate will be sent home before opening statements Monday unless that person is needed to replace someone at the last minute.

His attorney, Eric Nelson is among several attorneys in Minnesota who often represent police officers. One of his bigger cases involved Amy Senser, the wife of former Minnesota Vikings tight end Joe Senser, who was convicted in the 2011 hit-and-run death of a Minneapolis chef. Nelson argued that Senser should be sentenced to probation, but a judge gave her 41 months in prison.

The trial is expected to last about four weeks.