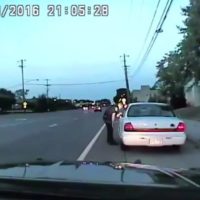 Mal Meyer — Jun. 20 2017
We would like to inform our viewers that the above video is graphic and may be disturbing.

MINNEAPOLIS (AP) — Video that shows a Minnesota police officer shooting seven rapid shots at Philando Castile during a traffic stop last July was made public Tuesday, just days after the officer was acquitted on all counts in the case.

The video was captured by a camera in the squad car of Officer Jeronimo Yanez, who was found not guilty of manslaughter and other charges in the fatal shooting of Castile, a black motorist who was shot just seconds after he told Yanez he had a gun. The shooting gained widespread attention because Castile’s girlfriend, Diamond Reynolds, livestreamed its gruesome aftermath on Facebook.

Unlike Reynolds’ video, the squad-car video shows the situation’s quick escalation and the shooting itself. It was played for jurors at trial but was not released publicly until Tuesday. Though the video has been described repeatedly, the footage offers a disturbing perspective on how a traffic stop for a faulty brake light turned deadly in mere seconds.

The squad-car video shows a wide view of the traffic stop and the shooting, with the camera pointed toward Castile’s car. It captures what was said between the two men and shows Yanez, who is Latino, firing into the vehicle. It does not show what happened inside the car or what Yanez saw.

Castile, a 32-year-old elementary school cafeteria worker, had a permit to carry the weapon.

Before Castile finishes that sentence, Yanez has his hand on his own gun and is pulling it out of the holster. Yanez says, “OK. Don’t reach for it then.” There is shouting, and Yanez screams “Don’t pull it out!” before he fires seven shots into the car.

Castile’s body is thrown to the right after the first shot. The video shows Yanez’s backup, Officer Joseph Kauser, standing on the passenger side of the vehicle, jumping back and retreating when the shots were fired.

After the shooting, the video shows Yanez standing at the car window, breathing heavily and cursing repeatedly, with his gun drawn for some time. Reynolds’ then-4-year-old daughter starts to get out of the car and is grabbed by an officer. The video then shows help arriving at the scene.

Officers order Reynolds out of the car, and she gets out, hands held high. Soon, she is heard wailing.

Officers pull Castile from the vehicle and begin CPR. Yanez is then off-camera, but can be heard talking through his body microphone.

Yanez, 29, is heard telling a supervisor that he didn’t know where Castile’s gun was, then saying that he told Castile to get his hand off it. Yanez testified, “What I meant by that was I didn’t know where the gun was up until I saw it in his right thigh area.”

Yanez’s acquittal prompted days of protests, including one in St. Paul last Friday that attracted thousands and shut down Interstate 94 for hours. Eighteen people were arrested. 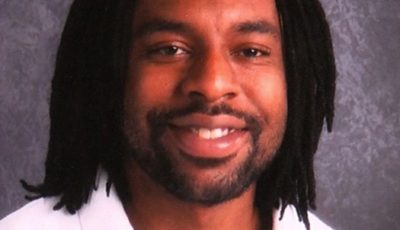 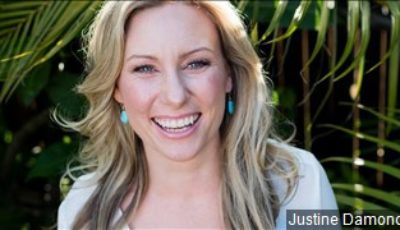