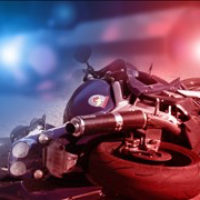 The first crash happened on May 26 around 11 a.m. on County Road 4 near Hudson St. in Lake Edward Township. Micheal Wayne Moreland, 61, of Breezy Point was traveling south on County Rd. 4 when the motorcycle he was driving went off the west side of the road and struck an approach according to a witness. Moreland was transported by ambulance to Essentia Hospital for injuries.

The second crash happened on May 28 just before 6 p.m. on the 34000 block of County Road 39 in Ideal Township. Daniel Schmidt, 27, of Pequot Lakes was injured and transported by ambulance to Essentia Hospital. According to a witness, when Schmidt accelerated it caused the front tire to come off the ground and then he crashed.

The third crash was reported on May 28 around 6 p.m. on County Road 1 near Buchite Road as a two vehicle crash involving a vehicle and a motorcycle. A 63-year-old male was driving the motorcycle and was pronounced dead at the scene. The driver of the other vehicle was not injured, but a 26-year-old female passenger was transported by air to St. Luke’s Hospital in Duluth. The reports indicate the motorcycle was heading west on County Road 1, drove into the eastbound lane and was struck by the vehicle heading east. The names of the deceased and injured are being withheld pending notification of family. The crash remains under investigation.

Minneapolis Beefing Up Security Plans Ahead of Derek Chauvin Trial