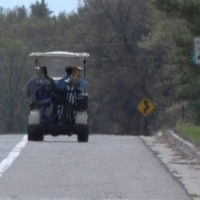 Golf carts will soon be allowed on county roads in Crow Wing County, specifically in the city of Breezy Point.

“It doesn’t open any county roads specifically, just the county ordinance, but it provides a framework now for cities and townships can, if they have their own ordinance first, they can come and request the county to allow golf carts on county roads within their jurisdictions,” explained Ryan Simonson, Environmental Services Supervisor at Crow Wing County.

Talk of the ordinance originated in April of 2018 when Crow Wing County passed an amendment that would allow ATVs on county roads. After that ordinance was passed, the county received an inquiry from the city of Breezy Point to allow golf carts on county roads as well. Breezy Point sought to allow golf carts in order to provide easier transportation for residents of the resort community.

“It provides a secondary means of transportation for a lot of them, especially the snowbirds. We are a resort community, so we have a lot of people that are here for recreation and having the golf cart to drive around, to go to the convenient store, to go to the hardware store, pick up a loaf of bread,” said Breezy Point Mayor Tom Lillehei.

Currently, the city of Breezy Point is the only municipality to allow golf carts on county roads, but the framework is there for future cities and townships in the county to follow suit. 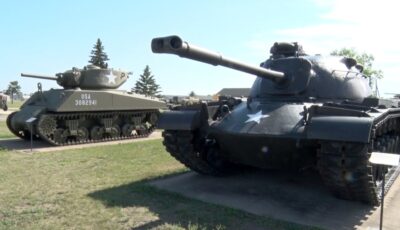