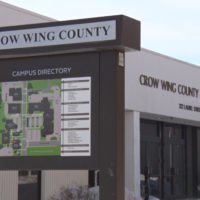 A new system in Crow Wing County has allowed for property owners and other taxpayers to receive important real estate documents almost three times faster than before.

In 2016, it took over seven days for documents to be recorded and returned. Thanks to consolidation and the elimination of redundant tasks, the process only took two and a half days.

In the past, the process was similar to an assembly line. If one person was out of the office or unable to complete a task, the system stopped. Now, an individual is responsible for all stages of recording from start to finish.

Doug Hansen, Crow Wing County Recording Supervisor, says that the public is appreciative of the improvements.

“We send survey cards out to our customers and a lot of the comments we get back is that they notice how much improved the process is and how much faster they get their documents back,” says Hansen. “We have great staff here, they’re dedicated, and it’s been great to work with.”