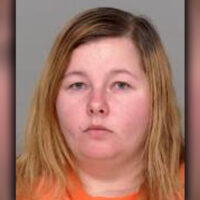 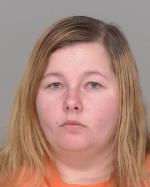 A Crosslake woman is currently facing charges for the alleged torture of her children.

The Crow Wing County Sheriff’s Office began a child maltreatment investigation this past May regarding 32-year-old Jorden Nicole Borders of Crosslake.

According to the criminal complaint, around mid-March of 2022, one of Borders’ children was admitted to a children’s hospital with the concern of their hemoglobin numbers dropping. The child was examined, where the only explanation for their dropping numbers would be due to someone deliberately removing blood from their body. Borders claimed that the hospital had drawn too much blood from the child.

The criminal complaint reports that on Nov. 21, a forensic interview of Borders’ three children was conducted, where they claimed their mother would draw blood from the child admitted to the hospital before doctor’s visits where the child was being tested. Her children also said that they were directed by Borders to flush the blood down the toilet and to not say anything.

According to the complaint, a search warrant of Borders’ residence on July 15 revealed evidence such as syringes and casting materials. A Crow Wing County judge filed a warrant for Borders’ arrest on Wednesday, Nov. 23, and according to Crow Wing County Jail’s in custody report, she was arrested that day at 9:44 p.m.

Borders has yet to appear in court on charges, and no court date has been set.