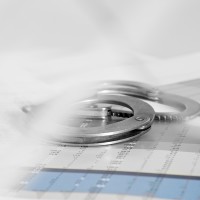 A Crosby man was arrested on Thursday in connection with an ongoing drug investigation conducted by the Crow Wing County Sheriff’s Office and the Lakes Area Drug Investigation Division.

Richard Glenn Hatcher, 25, was arrested when LADID agents executed a search warrant just before 5:00 p.m. on Thursday at a Crosby residence inside the Townsend Trailer Park. Once inside, agents discovered evidence of a meth lab.

Hatcher was placed under arrest and an unnamed juvenile was released to his parents following the search.

The search uncovered evidence of ongoing methamphetamine manufacturing. Agents also seized a felony amount of meth and a firearm as a result of the search warrant.

“The individuals involved in these labs not only put themselves at risk, but also members of the general public,” Crow Wing County Sheriff Todd Dahl said in a statement. “We haven’t seen a meth lab in Crow Wing County for quite some time. I am thankful that our LADID drug agents were able to successfully locate and dismantle this lab.”

LADID was assisted in the search by the Morrison County Sheriff’s Office and the Crosby Police Department.

Hatcher is currently being held at the Crow Wing County Jail on numerous charges, including 1st degree manufacturing of narcotics.