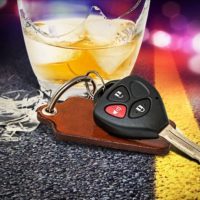 A Bena man who was allegedly drinking, faces criminal vehicular homicide charges after the car he was driving went off the road and hit three trees, killing his passenger near Walker.

31-year-old Phillip C. Nelson has been charged in Cass County District Court to three felony counts of criminal vehicular homicide, including being under the influence of alcohol, having an alcohol concentration of .08 or more and having a .08 concentration within two hours of driving, among other more minor charges.

The Minnesota State Patrol responded to the crash on October 27th at at 4:11 a.m. involving a Pontiac Grand Prix that was traveling eastbound on Highway 200 when it ran off the roadway, struck three trees and rolled several times. The passenger, 23- year- old Samuel Joseph Wilson, was pronounced dead at the scene and Nelson was trapped in the car, extricated and transported to the hospital in Park Rapids for non-life-threatening injuries.

The criminal complaint says that a preliminary breath test was administered on Nelson at 7:30 a.m., which revealed a blood alcohol concentration of .172.

Nelson will appear in court Monday for an omnibus hearing.