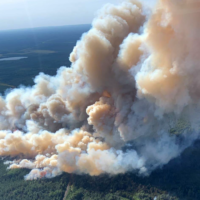 FINLAND, Minn. (AP) — Containment of a wildfire in northeastern Minnesota has risen to 37% as hundreds of firefighters expand their defensive lines.

The Greenwood Lake fire has burned nearly 41 square miles (105 square kilometers) in the Superior National Forest since it was spotted Aug. 15, but it hasn’t grown much in the past week. As many as 2 inches (5 centimeters) of rain fell over the weekend.

Forest officials said in an update Tuesday that Monday’s moderate weather helped crews extend their containment lines on the west and north sides. Construction has been advancing at a rate of nearly 1 1/2 miles (2.4 kilometers) a day.

Officials also said 505 people are now assigned to the fire, up from 468 earlier. The fire was caused by lighting. It destroyed 14 homes and cabins plus 57 outbuildings early last week, but no injuries have been reported. It’s separate from two fires within the Boundary Waters Canoe Area that led the Forest Service to close the wilderness and public lands along the upper Gunflint Trail. 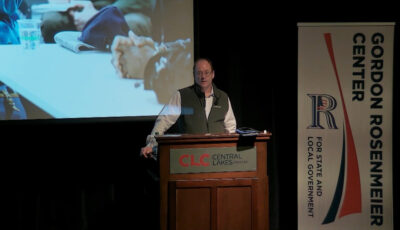