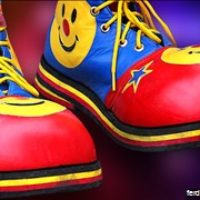 As creepy clown incidents continue to spread around the country, another apparent clown-related incident earlier this week led the Crosby-Ironton School District to increase law enforcement presence as a precautionary measure.

Superintendent Jamie Skjeveland Wednesday shared details of the incident in a letter to parents, which involved someone anonymously sending threatening messages through Facebook to a student under a “Clown” pseudonym.

The Brainerd Dispatch reports that Crosby Police Chief Kim Coughlin said the incident is likely related to the so-called clown craze trending nationally, including a number of instances of people charged with various crimes after posing as clowns.

A 19-year-old Brainerd man was determined to be the anonymous Facebook user. The man knew the person he was messaging and told police it was a joke. Police Chief Kim Coughlin issued the man a citation for disorderly conduct.