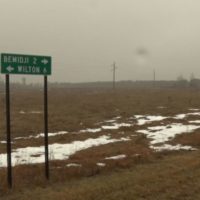 City Of Bemidji Makes Decisions That Could Impact New School

After venting frustrations, the city of Bemidji made some decisions at last nights work session that could have an impact on the new Gene Dillon Elementary School that has yet to be built.

After extensive discussion, members of the Bemidji City Council agreed that new city water and sewer lines should only be extended from Bemidji High School along Division Street to Adams Avenue and not further west to Becida Road where the future home of Gene Dillon Elementary School will be located. Requiring the school to place a service line to connect to city water services.

The other issue the city took up was the question of zoning and annexation. The Bemidji School District is expected to start excepting bids for the schools construction on December 8th. With time being of the essence, the fear of anything that could prolong the project raised concerns from school board members.

At times during the work session, tension rose as a result of what some say was a lack of communication between the school district, the county, and the city of Bemidji.

After much discussion, the council voted unanimously to draft a municipal agreement between the city and the school district that will include input from the Greater Bemidji Area Joint Planning Board that would require the school site to be annexed before it is connected to city sewer and water services.

Back in 2014 the Bemidji school district voted to approve a tax increase in 2014 to build Gene Dillon Elementary School which is expected to cost 31 million dollars to construct.

In Focus: Items from BSU Collection “Say it With Color” at Watermark Art Center