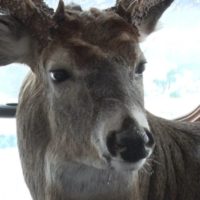 The Department of Natural Resources has confirmed chronic wasting disease (CWD) in a wild deer in Crow Wing County. This test result marks the first time in Minnesota the fatal neurological disease has been found in a wild deer outside of the southeastern part of the state.

Previous discoveries of the disease in wild deer have been concentrated predominantly in Fillmore County, with additional discoveries in Houston and Winona counties in the past two months.

As a result of these discoveries, the DNR is planning additional disease response actions, and Gov. Tim Walz is proposing new funding of $4.57 million over the next two fiscal years, and $1.1 million annually thereafter to combat the disease, including surveillance and response, enforcement, and outreach to landowners.

“We take every discovery of CWD very seriously,” said DNR Commissioner Sarah Strommen. “It is our hope that we discovered the Crow Wing County infection early and can respond quickly with actions to eliminate the disease in this area. With this critical new funding, we will continue to work with private landowners, hunters and others to achieve our goal of maintaining a healthy deer herd and Minnesota’s treasured deer hunting experience.”

The Crow Wing County deer, an adult female, was found in Merrifield, north of Brainerd, on Jan. 23. A conservation officer responded to a report of a deceased deer. The DNR tests suspect deer when possible, especially in areas of high risk. Test results confirmed the deer as positive for CWD on Feb. 14.

The DNR began surveillance around a CWD-positive captive cervid facility near Merrifield starting in the 2017 hunting season. Over the last two years, the DNR has sampled more than 8,600 deer in this north-central surveillance zone, with no previous detections of CWD-positive deer.

“Thanks to our deer hunters, we have done a lot of surveillance in this area over the past two years, and it’s our hope the disease is isolated within this area,” said Lou Cornicelli, DNR wildlife research manager.

As next steps, the DNR will determine where deer are located in the area by working with conservation officers and wildlife staff, and conducting an aerial survey. In addition, the DNR will explore the possibility of late-season deer removals.

DNR will also work closely with the Board of Animal Health, which regulates Minnesota’s captive deer and elk. Strommen emphasized that “I will take all steps within my authority to ensure the facility with CWD-positive deer has adequate safeguards in place to protect Minnesota’s wild deer.”

Board Senior Veterinarian Dr. Mackenzie Reberg affirmed, “The Board’s role is to protect the health of livestock in the state, and we are concerned about any detection of CWD in Minnesota. We believe in fighting this disease from all fronts and using science, surveillance and teamwork to stop CWD.”

The positive deer was a 1 ½-year-old buck harvested 2.5 miles east of a Winona County deer farm that tested positive for CWD in 2017 and 8 miles from the wild CWD-positive deer in Houston County found this fall. It was the first detection of CWD in wild deer in Winona County since testing began in Minnesota in 2002.

Within the disease management zone in deer permit area 603, targeted culling through the U.S. Department of Agriculture – Wildlife Services has removed 154 deer, as of Feb. 12. Of them, four were CWD-positive and results are pending for 35 deer.

In response to these detections, DNR will activate additional response steps that include conducting an aerial survey to determine deer distributions in the area and working with landowners on deer removal options.

Additional CWD information
CWD affects the cervid family, which includes deer, elk and moose. It is spread through direct contact with an infected deer’s saliva, urine, blood, feces, antler velvet or carcass. There is no vaccine or treatment for this disease. For more information on CWD, visit mndnr.gov/cwd.