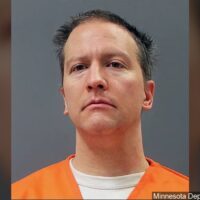 The sentencing date for convicted murderer Derek Chauvin has been moved to June 25.

The Minnesota Legislature has approved $7.8 million to help cover the extra security costs the state incurred ahead of last week’s guilty verdicts in Chauvin’s murder trial. The state House and Senate passed the package Tuesday with bipartisan support, and Governor Walz signed the bill into law Tuesday night.

Walz requested the additional funding to cover the costs for state troopers and other law enforcement who were brought in from outside agencies. Minnesota’s divided legislature struggled for months to agree on the funding, with Republicans balking at the costs and Democrats demanding new police accountability measures.