A total of six events were investigated by the Cass County Sheriff’s Office from Friday, April 30 through Sunday, May 2:

A man is dead after falling into the water and drowning.

Deputies responded to a call at 2:50 PM of a water emergency near the Sucker Bay area of Leech Lake.

When deputies arrived, they learned that two adult males had been in a boat off the Sucker Bay landing when a 68-year old male of Pierz who was working on the boat’s drain plug had fallen into the water.

The other male in the boat jumped into the water and was able to float with the victim and the boat into the shore where lifesaving efforts were attempted, but were unsuccessful.

The incident remains under investigation and an autopsy is pending with the Ramsey County Medical Examiner’s Office.

An off-highway motorcycle crash in the Foothills State Forest was reported at 12:11 PM. At the Spider Lake Recreation Area in Backus, a 42-year old female from Frazee hit rocks in the trail causing the female to fall onto rocks.

The victim was treated on scene for serious injuries and transported to a Fargo, North Dakota hospital.

A motorcyclist was injured after a deer ran out into the roadway and struck the motorcycle.

When deputies arrived, they learned a 62-year old male of Merrifield was traveling on County Road 7 when a deer entered the roadway striking the bike, causing the crash.

Medical treatment was administered on scene and the victim was transported to a Crosby hospital with serious injuries.

Three juvenile kayakers were rescued on Leech Lake after getting caught in the wind and taking on water.

According to the report, deputies located three juvenile female kayakers who were unable to paddle their partially submerged kayaks. One juvenile female was in the water for several minutes.

All three were wearing life jackets and were rescued and taken to shore where they were treated and released to an adult, according to the release.

The 29-year old male driver of Deer River was treated on scene for serious injuries and transported to a Duluth hospital.

The crash remains under investigation.

A 1-year-old was struck and killed by a vehicle in a driveway during a hit-and-run on Breezy Point Circle in Walker.

According to the Cass County Sheriff’s Office, the vehicle involved had left the scene prior to deputies arrival. Deputies immediately began first aid and lifesaving efforts. The victim was transported to a nearby landing zone where lifesaving efforts continued, but not successful.

While at the scene, the suspect vehicle returned to the area. The suspected driver of the vehicle, 28-year old Anthony Goose of Walker, was taken into custody near the scene and transported to the Cass County Detention Center with formal charges pending.

An autopsy is scheduled with the Ramsey County Medical Examiner’s Office and the investigation is ongoing. 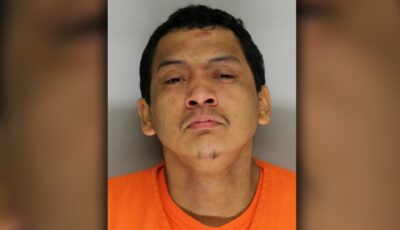 Walker Man Charged, Accused of Driving SUV Over His Niece