The Commission on Judicial Selection announced today it is recommending four candidates to Governor Mark Dayton for consideration to fill the current vacancies in Minnesota’s Ninth Judicial District.

Below are the four candidates that were recommended by the commission.

Patricia Alander Aanes: Ms. Aanes is a solo practitioner at Patricia A. Aanes Attorney at Law , P.L.L.C., where she focuses on family law litigation and mediation. Previously, she was a partner at Erickson & Aanes Law Offices, a partner at Erickson, Pearson & Aanes Law Offices, an associate at Erickson & Pearson Law Offices, and a judicial law clerk to the Honorable Michael Seibel and the Honorable Donald E. Rysavy, both were Third Judicial District Court Judges. Ms. Aanes currently serves as the Board Chair of Crow Wing County Crime Victim Services and is the Chair for YMCA of the Brainerd Lakes Area. She is also the Vice-Chair of the Brainerd Public Schools Foundation.

Charles Halverson: Mr. Halverson is a solo practitioner at Halverson Law Office P.A., where he primarily serves as a defense attorney in criminal cases and general counsel for a bail bond company. Additionally, he works as pro-bono counsel in child support, paternity, guardianship, child in need of protection, and civil commitment cases. Previously, he was an assistant public defender at the Ninth Judicial District Public Defender’s Office, an associate attorney at Border, Steinbauer, & Krueger, and a judicial law clerk in the Ninth Judicial District. Mr. Halverson is a member of the Fifteenth District Bar Association and a Certified Criminal Law Specialist.

Matthew Mallie: Mr. Mallie is a solo practitioner at Mallie Law Offices P.A., where he maintains a general practice. Additionally, he serves as the civil city attorney for the City of Garrison, city prosecutor for multiple Crow Wing County cities, and a conflict attorney for the Mille Lacs Band of Ojibwe. Previously, he was an assistant city prosecutor at Hollenhorst Law Office, P.A. and judicial law clerk to the Honorable L.W. Yost, First Judicial District Court Judge. Mr. Mallie is Chair of the Victim Coordinating Council, Vice-Chair of the Brainerd Economic Development Committee, and a member of Business Networking International and the Brainerd Lakes Area Sex Trafficking Team.

Sarah Winge: Ms. Winge is an assistant county attorney at the Aitkin County Attorney’s Office, where she handles child support, child protection, juvenile delinquency, civil commitment, guardianship, and adult protection cases. Previously, she was a judicial law clerk to the Honorable B.W. Christopherson, Eighth Judicial District Court Judge, an associate attorney at Nelson Oyen Torvik, P.L.L.P., and a law clerk with the Minnesota Attorney General’s Office. Ms. Winge is a confirmation volunteer at Trinity Lutheran Church and a member of Legacy Chorale of Greater Minnesota, the Children’s Justice Initiative, and the Minnesota County Attorneys Association, where she served as Co-Chair of the ICWA subcommittee to the Juvenile Law Committee.

An announcement of the appointments will be made following an interview process over the next few weeks. 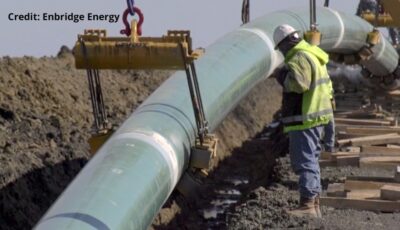 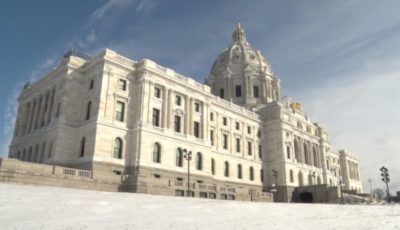 Judge Rejects Another Attempt to Shut Down Line 3 Construction