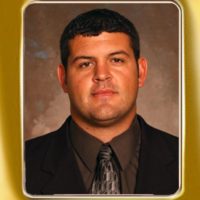 Bemidji State University announced today that head football coach Jeff Tesch has been put on a leave of absence. Brent Bolte, the former assistant coach and defensive coordinator, will serve as the interim head coach for an unspecified period.

Tracy Dill, the director of Intercollegiate Athletics at BSU, made the announcement today after a scheduled media event was unexpectedly cancelled.

Tomorrow will be the first day of the football season, when BSU faces off against Upper Iowa at 6 P-M in Bemidji.
Lakeland News will continue to update this breaking news story as it develops. Join us at 10 P-M for the complete story.