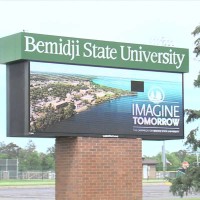 Meet BSU Athletics Fantastic Four – the four groups of siblings currently enrolled and playing their respective sports for the Beavers. Jesse and Jordan Hein have been playing football together since they can remember. EJ and Gunner Olszewski are two Texans living nearly 1,500 miles from home. Haley and Hanna Zerr are sisters following in their mom’s footsteps. And the Fitzgerald brothers not only play on the same line for the Beavers hockey team, but are also triplets.

The Heins, Olszewskis, and Zerrs were all separated after their playing days in high school. But eventually, the Heins and Olszewskis were reconnected when Jordan transferred from Northern Iowa, and EJ from Briar Cliff.

After spending the past two seasons on the gridiron, this fall will be Jordan and Jesse’s final season together EJ and Gunner have never spent more than a year playing together, but will get to spend two more years patrolling the BSU secondary.

Haley’s route was more direct, rejoining sister Hanna right out of high school. The two have one year together at BSU already, and Hanna and Haley will get one last hoorah next season when Haley will be a sophomore and Hanna a senior.

The Fitzgerald triplets have never not played together, starting as kids, moving to juniors, and now to BSU. The three will be juniors next season, and are hoping to push the Beavers to new heights.

There’s no doubt the competitive bond the siblings share has pushed them to where they are now. And they all say they wouldn’t trade any of their experiences for the world. 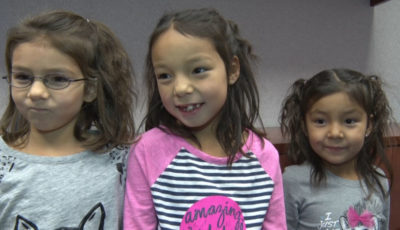