A 40-year-old Breezy Point woman was arrested for tax evasion after a traffic stop on Feb. 14. Bethany Jo Reilly was in Crow Wing County Court on Friday and is facing a gross misdemeanor for motor vehicle registration with intent to escape tax and two misdemeanors for operating a motor vehicle under the influence of a controlled substance and driving after revocation.

According to the probable cause statement, Bethany Jo Reilly was pulled over by a Breezy Point Police Officer after passing her car that had the high beam headlights glaring. The officer then ran a license plate check and noticed the registration had expired in July 2017 but the vehicle displayed 2018 tabs.

The officer then pulled the car over to find Reilly showing physical signs of impairment by an intoxicant, including fast and choppy speech, repetitive movements and repeated mouth twitches.

According to the probable cause statement, when Reilly gave the officer her driver’s license, it had a Pequot Lakes address listed, and the defendant initially said she had been there about one month and later stated it had been two years. Reilly also had no proof of insurance for the vehicle.

The officer noticed the rear plate on the vehicle had 2018 tabs that looked like they had been peeled off and re-applied. After a search for the tab number, dispatch advised the tabs belonged to a 1999 Dodge Dakota registered to a different person. After telling Reilly the officer believed the tabs were removed from a different vehicle and placed on this one she said “she didn’t know anything about that.”

According to the probable cause statement, the officer then asked the defendant to step out of the car and she did, nearly falling over backwards while exiting.

Reilly denied consuming alcohol, prescription medications or illicit drugs. The officer still administered field sobriety tests, all of one of which the defendant performed poorly.

After arresting Reilly for driving under the influence, the officer searched her 2003 Mazda and found the title that had been signed over to the defendant from the original owners on 10/2/17.

Once the defendant was transported to the Breezy Point Police Department where she was read her Miranda Warning and agreed to answer some questions. When asked about drug use, she admitted to using methamphetamine, but stated it had “been a while”. She denied using it recently and then admitted to “smoking a bowl yesterday”. When asked about the tabs, she admitted to taking the tabs from her previous vehicle, a Dodge Dakota, and that she had done so because she could not afford to register or insure the current vehicle.

A later check of the defendent’s Minnesota driver’s license record revealed the defendant license status as revoked and the defendant has two previous no proof of insurance convictions from 2/10/2009 and 8/8/17. 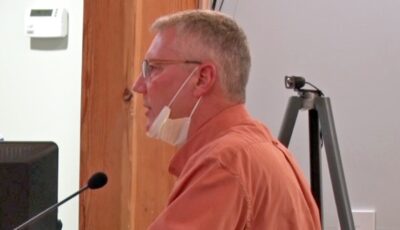