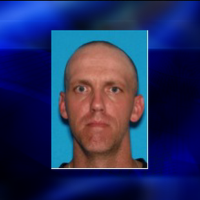 A 40-year-old Bemidji man is charged with attempted first-degree murder in connection with the shooting of a 17-year-old girl.

According to the statement of probable cause, Pickering is accused of shooting a 17-year old girl three times while she was standing on the deck of her home just west of Bemidji around 10 p.m. on July 21st.

When deputies arrived on the scene they found the girl with gunshot wounds to her upper left chest, her left ankle and her upper right thigh.

According to the statement of probable cause, Pickering told investigators the girl had confronted him earlier in the day about riding his lawnmower and trespassing by her home. Pickering said he was upset with the girl for confronting him and went to her home and shot her when she came out on to the deck.

Officials have not given an update on the girls condition. She has not been identified because she is a minor.