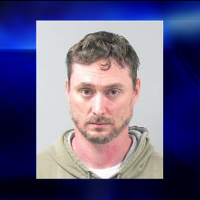 A 38-year-old Bemidji man is charged with felony assault for allegedly punching his eight-week-old son in the head.

Donny Carlsen is currently being held in the Beltrami County Jail on one count of 1st Degree Assault-Great Bodily Harm.

According to the statement of probable cause in the case, Carlson told investigators he had dropped his son from approximately four feet while attempting to answer his cell phone on July 6th.

The boy was air-lifted to Sanford Medical Center in Fargo where a doctor told investigators that there was damage to the boy’s brain stem, and that he had no brain activity in the outer orbitals of his brain and only minor activity in the interior pulses of the brain. He said that boy was currently on a full ventilator and that his prognosis for survival was poor.

The doctor also determined the injuries were not consistent with the child having been dropped.

Carlsen admitted to investigators he had actually backhanded his son to the face with a closed fist. Carlsen said that he then shook his son several times but dropped him when he received a phone call. When Carlsen’s wife arrived home a short time later and saw the condition her son was in she called 911.

Carlsen was arrested in Fargo on July 8th and waived extradition on July 9th. He made his first court appearance today. Bail has been set at $500,000 with conditions or $300,000 without conditions. Carlsen’s next scheduled court hearing is tomorrow at 2 pm.