The Minnesota Bureau of Criminal Apprehension is investigating a high speed pursuit and shooting that took place this afternoon in Bemidji. Officials have been attempting to locate the individual involved since last week, and spotted the individual again today north of Bemidji on County Road 23. The suspect was able to elude the trooper, but was spotted once again on Highway 2 in Cass County later in the day. Authorities started to pursue the suspect, reaching speeds over 100 miles an hour. The suspect hit spike strips on Highway 2 when he was heading west on Division Street in Bemidji. Law enforcement officers immediately shouted commands for the suspect to exit the vehicle, and then a gunshot was heard. The driver was found with a single gunshot wound and was pronounced dead at the scene. According to the BCA, the initial indication is that no officers fired their weapons.

This same individual was the subject of a pursuit by the Minnesota State Patrol on July 25 in Beltrami County related to driving after license cancellation. That pursuit was discontinued without law enforcement apprehending the suspect. During both incidents officers knew who they were pursuing.

No one else was in the suspect’s vehicle at the time of today’s incident. An autopsy will be conducted by the Ramsey County Medical Examiner on Tuesday to formally identify the individual and determine his cause and manner of death. Once the BCA completes its investigation it will present its findings to the Beltrami County Attorney’s Office for review.

Arrest Made in Connection to 2021 Cass Lake Homicide Case 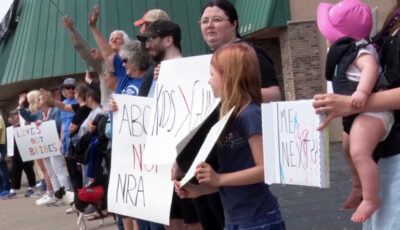