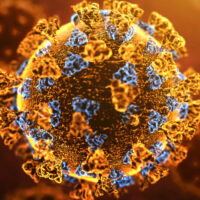 A new Brazilian variant of the coronavirus has made its first known appearance in the United States in a person who recently returned to Minnesota after traveling to Brazil.

State health officials announced today that the Brazil P.1 variant was found in a specimen from a patient who lives in the Minneapolis-St. Paul area who became ill in the first week of January. The patient spoke with Minnesota Department of Health investigators after the initial test came back positive for COVID-19, and then reported traveling to Brazil prior to becoming ill.

The CDC has also reported at least 195 cases of the B.1.1.7 variant, also known as the U.K. variant, in the U.S., and those reports have come from at least 22 states, including eight in Minnesota. The CDC has said that the U.K. variant may become dominant in the U.S. by March. Although it doesn’t cause more severe illness, it will lead to more hospitalizations and deaths just because it spreads much more easily.