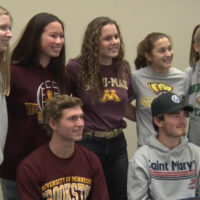 Brainerd Student-Athletes Commit To Playing At The Collegiate Level

Seven local Brainerd student-athletes took their first step in their collegiate athletic career by committing to their future universities.

Clare Ceynowa will be continuing her softball career at the University of Minnesota, a decision that was easy to make once she saw what the program was all about.

“Nothing really hit until I started going to the Minnesota camps and I just realized this is where I want to be and ever since the first camp that I went there I was like, I want to be a gopher,” said Ceynowa.

In hockey, Sophie Robinson is grateful for the opportunity to commit to Dartmouth University, thanks to growing up in a community with such a strong hockey culture.

“I’ve been able to prepare for this opportunity just by living here and playing with the girls I grew up with,” said Robinson.

Gabbie Smith will be attending Bemidji State University, the same school her older sister Allyson plays soccer at, however, Gabbie will be competing on the women’s hockey team.

“It was Mankato and Bemidji and I was set on Mankato for a while and then I went and visited Bemidji and I loved everything about it, so to finally commit to them, I’m really happy,” said Smith.

Heading to the University of Minnesota-Duluth to compete on the volleyball team is warrior outside hitter Avery Eckman, who is excited to be on one of the top division 2 volleyball programs in the nation.

“They are ranked second in the country for the D2 level, so I’m excited to get into that really competitive program,” said Eckman.

Continuing his career on the baseball field is senior Broc Peterson, who committed to the University of Minnesota-Crookston for several reasons.

“Academically it was a good fit for me and I really like the idea of a smaller town and not a big campus, so it’s just a good overall fit for me,” said Peterson.

Gina Wasniewski committed to playing soccer at the University of Wisconsin-Stevens Point and Seth Vagts will be continuing his baseball career at St. Mary’s College in Minneapolis. 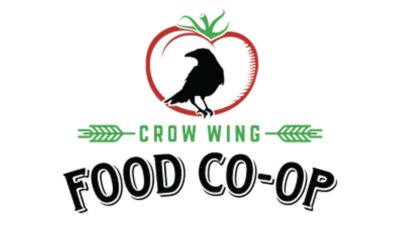 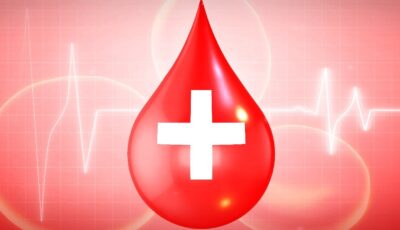 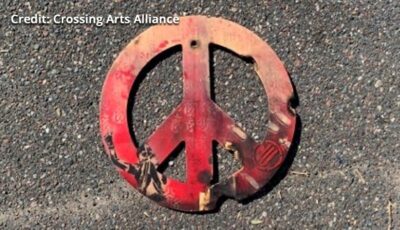