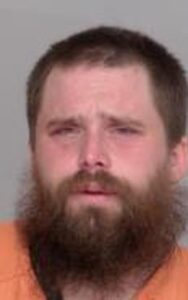 A 32-year-old man from Garrison faces multiple criminal charges after allegedly driving under the influence, fleeing the police officers, and crashing into multiple new cars at Tanner Motors.

John Carl Wagner of Garrison, 32, faces one felony and two misdemeanors connected to the incident.

The police officer sped up to catch up to the vehicle. The officer watched the pickup truck change lanes twice without signaling. According to the court documents, the vehicle continued to drift back into the opposite lane, unable to maintain its lane. The officer then accelerated and flicked on his emergency lights in an attempt to pull the driver over. The driver of the vehicle continued west on College Drive and slowed down in the roundabout and hit the curb as it continued on Southwest Fourth Street.

When the truck came to a stop, the officer noted the brake lights were activated, symbolizing the vehicle was still in drive. The officer began giving loud, verbal commands to the driver to put the vehicle in park and shut it off. As the officer continued giving verbal commands, more Brainerd officers arrived on scene. The officer advised other officers that the driver was possibly highly intoxicated due to the driver’s inability to maintain his lane and his driving conduct.

As more officers arrived on scene, the driver accelerated rapidly north on Southwest Fourth Street. The officers began pursuing the truck as the driver continued northbound on Southwest 4th Street over Laurel Street and over the railroad tracks which transitioned into Northwest 4th Street. The vehicle took a left turn to go westbound on Washington Street. As the vehicle made a left turn onto Washington Street, the driver’s side rear tire made contact with the center concrete median consistent with an extremely sharp turn, according to the court files.

According to the criminal complaint, at approximately the 600 block of West Washington Street, which is in front of Tanner Motor’s car dealership, the suspect vehicle began to fishtail and struck several parked brand new vehicles in the Tanner Motor’s parking lot. The vehicle appeared to nearly roll over, corrected, and continued westbound on Washington Street. The original officer involved in the chase said he could see heavy damage to the suspect vehicle as it continued to go westbound on Washington Street crossing over Northwest 7th Street into a small parking lot.

The officers state the driver was “very animated” and began yelling and swearing at the officers. The driver was identified as John Wagner. Wagner continued to yell at officers, while showing his hands, and then was soon placed in custody.

While Wagner was talking, the officer could hear Wagner was slurring his speech and observed Wagner to have bloodshot and watery eyes. The police officer was not sure if the bloodshot, watery eyes was caused by the accident or due to alcohol or some type of impairment. The officer was unable to smell any type of alcoholic beverage on Wagner due to a very strong odor of gasoline, according to the court documents.

Wagner was taken to Essentia Health St Joseph Medical Center to be treated for possible injuries and was later released to jail. After reviewing Wagner’s criminal record, it was noticed he had two prior DWI incidents within the last ten years. He was also driving with a canceled license.

Wagner remained in Crow Wing County Jail Wednesday, with bond set at $40,000 with no conditions and $20,000 with conditions. His next court hearing is scheduled in one week, May 27th and 3:30pm. 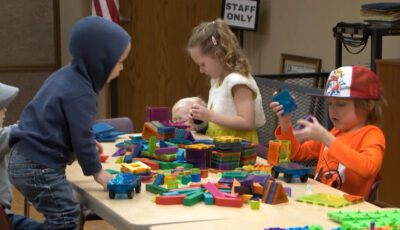