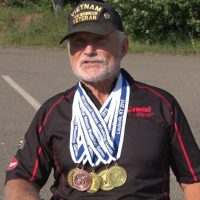 A Brainerd man recently returned from Louisville, Kentucky where he won 4 gold medals in the National Veteran Wheelchair Games.

Hank Ebert, a Navy veteran and paraplegic, has shown that adversity won’t stop him.

“If you want to you can do it,” said Ebert. “If you have the desire, get out there and do it.”

He recently returned from the 2019 National Veteran Wheelchair Games where he won gold medals in trapshooting, archery, discus, and shotput. He also took third in javelin.

“One of the coaches for the Minnesota team was after me to participate and I kind of just blew it off. Finally I did. It was awesome and I’ve been every year since,” added Ebert.

Ebert, who is 72, served in the Navy from 1966 to 1970 in helicopter search and rescue and spent three years in Southeast Asia during the Vietnam War.

“On family advise I joined the Navy. Which after a while became rather boring. So I got in the helicopters and became and air crewman on a rescue helicopter and I guess the rest is history,” added Ebert.

Preparing for and participating in the wheelchair games is far from the only thing that Ebert is involved in. He has been a long time fishing guide in the Brainerd Lakes Area. He is also involved in Trolling For the Troops, Paralyzed Veterans of America, and he is on the board of the Minnesota chapter of Fishing Has No Boundaries for diasbled anglers.

“All of that stuff is taking up my time and it’s fun. It’s time to pay back for all the good things that have happened to me over the years,” said Ebert.

Whether it be at the National Veteran Wheelchair Games or through the work he does in the community, Ebert shows that nothing can stop him from what he sets his mind to.

The 2020 Veteran Wheelchair Games will be held on July 3rd through July 8th in Portland, Oregon. 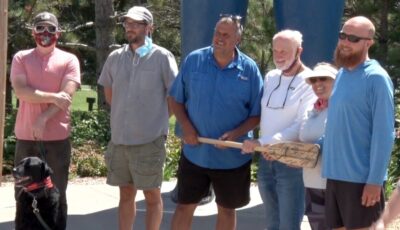 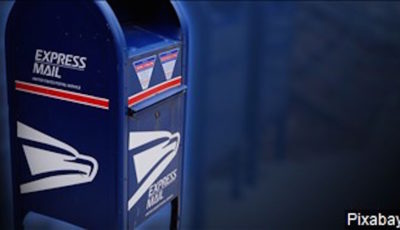 Holiday Shipping Deadlines For The Military Are Fast Approaching 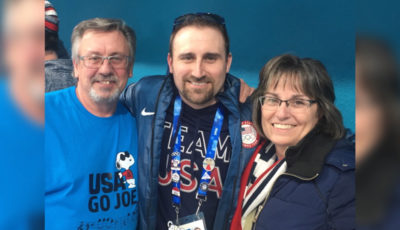