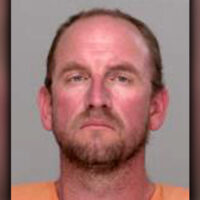 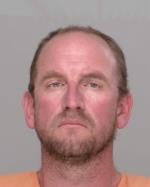 A Brainerd man is accused of fatally shooting his daughter’s boyfriend, who he suspected was abusing her.

45-year-old Michael Laflex was charged with second-degree murder today in Crow Wing County Court in the death of 23-year-old Bryce Brogle. Brogle had been reported missing after going to the Laflex’s storage unit on Oct. 26.

According to the criminal complaint, Brogle’s girlfriend reported his disappearance on Oct. 28. Brogle was last seen going to a storage unit owned by Laflex, who reportedly accompanied Brogle there.

During the investigation, Laflex first claimed that unknown law enforcement personnel arrested Brogle and took two cell phones the victim had on him. The criminal complaint states Laflex later changed his statement, saying he disposed of the phones in a garbage can at a Brainerd gas station. Law enforcement later found the phones.

The Crow Wing County Sheriff’s Office then received information from a concerned citizen upon further investigation. The anonymous source reportedly said they were in conversation with Laflex’s family member throughout the evening of Oct. 28. The criminal complaint reports that the family member told the concerned citizen that Laflex disclosed details, including where Laflex alleged Brogle of abusing his daughter.

The suspect then purportedly shot Brogle in the back of the head from a distance at the storage unit complex in Crow Wing County on the evening of Oct. 26. The criminal complaint states Laflex then moved the body with a sled and cleaned the unit using bleach. The family member was reportedly informed by Laflex that he disposed of the body by burying it.

Law enforcement officials executed a search warrant on Oct. 29. The criminal complaint states the search at Laflex’s storage unit showed marks on the concrete floor that appeared consistent with “something being dragged across the floor with a similar width to a sled.” A substance-testing positive for blood and a bottle of bleach were also recovered at the scene.

Crow Wing County law enforcement conducted a foot search of public land in the county on Oct. 30 for Brogle’s body. After identifying a possible gravesite, the area was excavated and a body with an apparent gunshot wound to the back of the head was recovered.

The body was transported to the Ramsey County Medical Examiner’s Office for an autopsy, which later determined the gunshot wound to be the cause of death. The examiner’s office identified the body to be Brogle’s.

Throughout the investigation, the Crow Wing County Sheriff’s Office also received a call from Brogle’s landlord. The landlord reportedly disclosed that Laflex called and asked if Brogle hurt his daughter. The landlord said he saw Laflex’s daughter with two black eyes. The criminal complaint then states, “Defendant then said he was going to kill Brogle and already had the hole dug.”

Laflex made his first court appearance today. Bail has been set at $2 million without conditions.