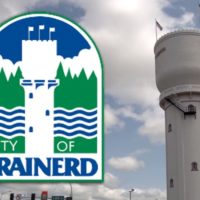 The Brainerd City Council recently discussed some of the upcoming projects for the city’s improvement plan, and one of the smaller projects the city would like to tackle is possible changes to sidewalks in residential areas.

The Council has received multiple requests to consider the removal of sidewalks in front of select residential properties because residents don’t like having them in their front yards. While surveying streets, several locations were pointed out where sidewalks could also be added.

But for the city, it’s not as simple as picking and choosing if your property has a sidewalk or not.

“One of the things that I’m adamant about is that I don’t like the idea that we’re just putting in sidewalks because we want to have matching sidewalks on both sides of the street,” said Brainerd mayor Dave Badeaux. “I don’t think that that is a hardship in order to cross the street. But I do like the idea of making sure that we have pathways that are connected.”

The board motioned to begin with a $7,700 sidewalk addition to Juniper Street.