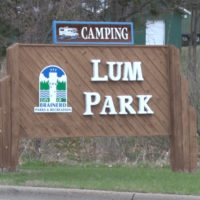 A children’s museum is in the works for the Region 5 area. The project has been discussed since 2015 and the planning committee is currently accepting proposals for potential sites for the museum.

The idea for a Region 5 Children’s Museum originated when Sourcewell, then the National Joint Powers Alliance, had an idea to bring the various children’s programs within Region 5 together in one place. Planners are currently in the site selection process and are accepting proposals for potential locations for the museum until this Friday, May 3.

“We were really excited to hear that Sourcewell started a project to put a children’s museum somewhere in Region 5. They’ve been working on it for years and they’ve reached the point now where they’re looking for a site to put this children’s museum,” explained Brainerd City Council President Gabe Johnson. “We were excited to get a RFP [request for proposals] issued from them and we were excited to respond to it.”

The Brainerd City Council met Monday in a special session and decided that they will propose Lum Park for the future location of the Region 5 Children’s Museum. The council decided on Lum Park as their number-one choice due to its lakeside location, available space, and proximity to Highway 210.

“We decided on Lum Park after reading the RFP, it looked like they wanted to have exhibits that were “on the lake.” Well, Lum Park’s on the lake, it’s on Rice Lake on the beautiful Mississippi River. Another exhibit was “in the woods” and it’s a 40-acre park that’s mostly wooded. Another exhibit is “on the road” and it’s right on Highway 210, which is the main arterial east west corridor for Region 5,” said Johnson.

In addition to Lum Park, the Brainerd City Council will also submit a secondary proposal for the children’s museum to be built at the Brainerd Public Library.