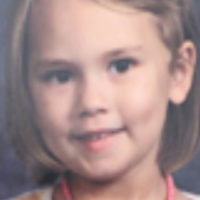 The body of a missing 5 year- old girl has been found according to the Minnesota Bureau of Criminal Apprehension.

Authorities said Alayna Ertl’s body was located in Cass County. The man suspected of taking her, Zachary Anderson, has been arrested.

Saturday afternoon an AMBER ALERT was issued after Ertl was taken from her Watkins home.

Anderson was staying overnight at Ertl’s house. The girl’s mother says she put her daughter to sleep at about 2 a.m., and discovered she and Anderson were gone at 8 a.m.

Police tracked the father’s cell phone, which was in the stolen truck, to Todd County, about 90 minutes from Watkins around 9 a.m. Saturday.

The suspect was described as a white man who stands 5-feet-10-inches tall, weighs about 200 pounds and has dark hair and a short, shaggy beard. He was last seen wearing a black T-shirt with a drawing of a rat with a mug of beer. The shirt reads “Riverside Tavern, Forest City, MN. Home Of The River Rats.”

Ertl was described as a white girl who is approximately 3 feet tall, weighs 45 pounds and has shoulder-length sandy blond hair.

Police would like to talk with anyone who saw Ertl, Anderson or the vehicle.