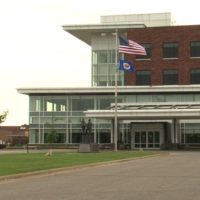 Bemidji Woman Meets The Nurse That Helped Save Her Life

Since AirMed took its first flight in 2012, the air ambulance service has responded to nearly 1,800 calls across Minnesota.

One of those was a common transfer request. On March 12th, Eleanor Swanson went to the emergency room with some stomach pains. The next day, her colon suddenly ruptured.

She was flown to Essentia St. Mary’s in Duluth for treatment. But her doctors didn’t think she would survive. She didn’t wake up until her return to Sanford Health in Bemidji – confused about what had happened.

It’s been a wild ride, but a ride she’s very thankful for, which is why Eleanor and her daughter were sure to drop by the AirMed ice cream social. She wanted to meet the team that helped save her life – an unusual occurrence for flight nurse Joe Raine, who was on her flight.