Bemidji Daycare Worker Charged with Malicious Punishment of Child Under 4 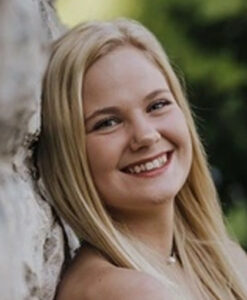 A 20-year-old daycare worker in Bemidji is being charged with a felony for Malicious Punishment of a child under the age of four.

On November 12th, 2021, the Bemidji Police Department was dispatched to speak with a father who reported his two-year-old son received injuries while at daycare. An officer observed injury marks located on the child’s face, neck, chest, and back.

The boy’s mother stated that when she picked her son up from daycare that afternoon, she was told by Jada Nicole Federly of Owatonna that he had woken up from his nap with a rash and a scratch. The injuries were not fully observed until the mother brought her son home due to him being fully clothed in his snow gear.

During the investigation, Bemidji Police Officers had learned that the boy did not have any injuries that day before he took a nap. When officers were provided with video footage of the daycare room, it had shown that Federly was the sole caretaker of the children during nap time.

Officers had observed that Federly had been struggling with the boy, and she appeared to be quite aggressive when she positioned and moved his body around while laying on his sleeping mat. Federly eventually moved him from his sleeping mat to a rocking chair where she placed a blanket over his head and placed her hands in the area near his face and neck. Officers had also observed Federly gripping his head in the cradle of her arm.

Officers said that Federly appeared to be agitated with the boy, and Federly was seen constantly on her phone while also trying to make him nap. The video footage showed Federly’s phone flash many times during nap time, and from statements provided and observation of video, it was apparently evident that Federly had caused the observed injuries to the boy’s face, neck and body.

It was reported that another employee had returned to the classroom, where she examined the boy’s neck and head after his nap. She had observed that he was uncomfortable, and her statement is validated with the injury located on him at this time.

On December 30th, 2021, a Bemidji Police Department detective and a Department of Human Services investigator conducted a phone interview with Federly, where she again stated that there were no injuries observed to the boy prior to nap time. She said that after nap time, she noticed a scratch on him and a rash on his neck. Federly said that she assumed the rash on his neck was from lying on his bottle. She explained that she used tight squeezes on the boy to help calm him down, and that she used tight squeezes during this incident.

A felony of Malicious Punishment of a child under four years of age carries a maximum sentence for up to 5 years in prison, a $10,000 fine, or both.