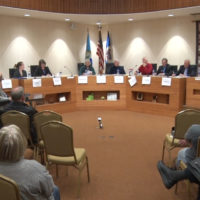 A special election scheduled for May to fill the vacant Ward 2 City Council seat on the Bemidji City Council is likely to be cancelled.

Bemidji City Manager Nate Mathews tells Lakeland News that he is recommending that the council members vote to cancel the election because the city did not allow 14 days between the time of the published notice and the start of the filing period as required by law. Mathews says there were only two days between the two. The council declared the Ward 2 vacancy on February 3rd. The filing period opened on February 10th, and the first of the three published notices occurred on February 8th.

Mathews believes the best course of action is to cancel the special election set for May 12nd rather than risk having an election potentially marred by legal challenges. He says this will ensure the public has ample opportunity to have public notice prior to a filing period commencing.

But Mathews cannot cancel the election. He says only the Bemidji City Council can do that. Mathews says if council members vote to cancel this special election, another special election would likely be held in August.

There were two candidates who filed by yesterday’s deadline. Jamie Thibodeaux previously ran for the seat in 2018 but lost to Mike Beard by 41 votes. Doug Flatness filed to run for the first time.

Ward 2 covers the northeast portion of the city. The seat is vacant because in January, Mike Beard resigned from the position citing health reasons.