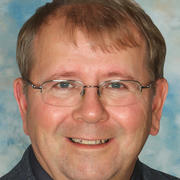 Bemidji City Council member Ron Johnson has been elected to serve as second vice president of the Coalition of Greater Minnesota Cities.

Johnson was elected July 22 at the Coalition’s three-day summer conference in Austin.

He will work alongside recently elected CGMC president and Alexandria mayor Sara Carlson. Both Johnson and Carlson were elected by fellow mayors and city officials from across the state to lead the CGMC, long considered one of the most active, high-profile organizations to represent rural communities at the State Capitol.

CGMC is a nonprofit, nonpartisan advocacy organization representing 88 cities outside of the Twin Cities metropolitan area. The Coalition educates legislators about issues important to Greater Minnesota.