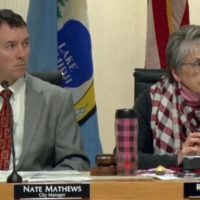 Bemidji City Council made some tough financial decisions for the upcoming year. During the city council meeting, council members voted on a number of items on the agenda after weeks of review.

Johnson, who represents Ward 3, says another reason the Sanford Center isn’t doing well is because of the low attendance at hockey games. Ward 1 Council Member Michael Meehlhause says that it’s not on VenuWorks, the management company operating the Sanford Center, to market Bemidji State University hockey.

The city’s 2020 budget was passed with six votes with Ward 5 Council Member Nancy Erickson voting against it, and the council unanimously approved the tax levy of $6.1 million.