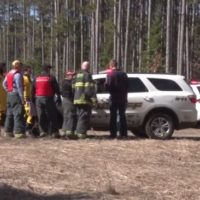 After an ice rescue east of Bemidji on Big Lake, the Beltrami County Sheriff’s Department is reminding the public to stay off the lakes.

The ice is deteriorating very rapidly, in many cases it is deteriorating so quickly it is stranding anglers on the lakes and has required a response from multiple agencies to rescue them from dangerous, potentially life threatening situations,” said Beltrami County Chief Deputy Ernie Beitel, in a press release.

The statement said that while no fatalities have occurred, in each situation, the angler has been treated or evaluated for hypothermia or exposure to the cold water.

“Cold water kills. A cold water immersion can kill in several ways, and most people die long before they become hypothermic,” added Beitel.

Over the last three days, the Beltrami County Sheriff’s Office, Bemidji Fire & Rescue units, Cass Lake Fire & Rescue units, and Conservation Officers from the Minnesota Department of Natural Resources and the Leech Lake Reservation Department of Natural Resources have responded to five separate incidents involving people and their equipment going through the ice, according to the release.

The Department says the ice is extremely unsafe for OHV and foot travel.

Coverage and exclusive video of the angler being saved on Big Lake can be found here. 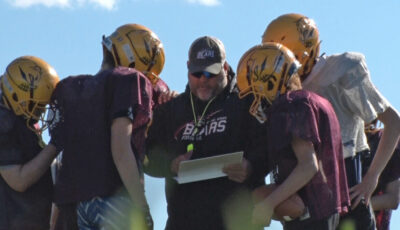 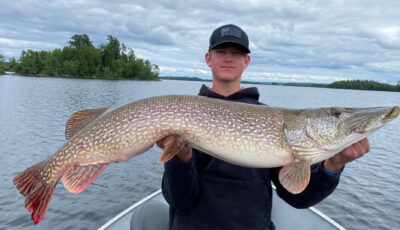 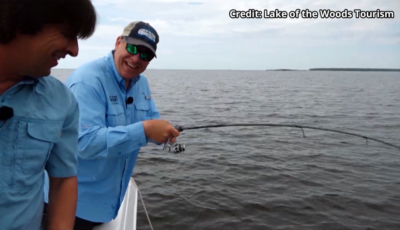 Lake of the Woods/NW Angle Tourism Rebounding After Border Reopening 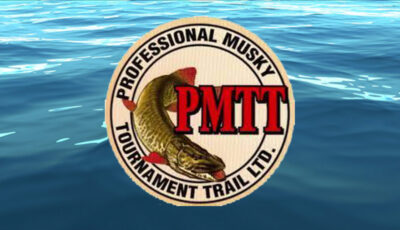