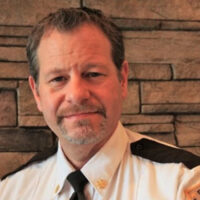 At the end of this year, Beltrami County Sheriff Ernie Beitel will be retiring after 38 years in law enforcement and will not be seeking re-election this fall for a second term after being elected in 2018.

According to a recent release from the Beltrami County Sheriff’s Office, Beitel has said that being a sheriff has been “an extremely gratifying opportunity.” 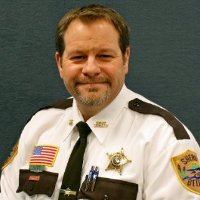 “I want to thank all of the Beltrami County citizens and our surrounding communities for supporting me and more importantly, supporting our law enforcement family. It has been an absolute honor to serve you,” said Beitel.

Beitel stated that he thanks all the men and women of the Beltrami County Sheriff’s Office for their hard work, determination, and dedication to being the professionals they are.

“Over these past few years, it has been truly difficult for anyone working in law enforcement, and I am truly humbled to have worked with all of these individuals. It is a testament to their character, integrity, honesty, and their commitment to serve. No matter their role is, they are heroes,” said Beitel.

Beitel had ended his release with letting the public know how fundamental it is for the next sheriff, and for the sheriffs after that, to continue the legacy of providing professional, progressive, and innovative law enforcement services to the communities they serve.

Beitel said that he is encouraging Chief Deputy Jarrett Walton to run for Beltrami County Sheriff. Beitel strongly believes that Walton has shown to be instrumental on day to day operations as well as being a strategic planner for the Sheriff’s Office and its future. Beitel continued to say that Walton is well respected around the state of Minnesota for his abilities, knowledge, experience, and leadership.