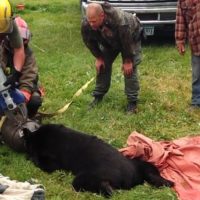 Bear Saved by the “Jaws of Life”

Photo Courtesy of Dawn Knutson of the Minnesota DNR

ROSEAU, Minn. (AP) — Firefighters had to use the Jaws of Life to help free a black bear whose head was stuck in a milk can in northern Minnesota.

Conservation officer Eric Benjamin with the Minnesota Department of Natural Resources was called Friday about a young male bear with its head stuck in an old 10-gallon (38-liter) milk can near Roseau. Benjamin says rescuers tried cooking oil to free the bear, but that didn’t work, so they drilled three holes in the can so the panting bear could breathe.

After about two hours, Benjamin called the Roseau Fire Department, which used the Jaws of Life — normally used to extricate car accident victims — and a spreader to pry the can off. 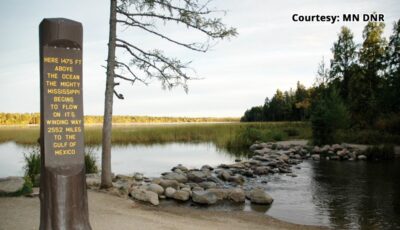