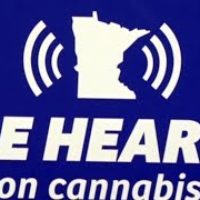 Bemidji residents gathered together to voice their concerns, issues, opinions and views on the legalization of cannabis in the state of Minnesota. Majority House leader Ryan Winkler announced the “ Be Heard on Cannabis” listening tour in August where he hears first hand how residents feel about the topic.

“House of Representatives look at passing cannabis legalization. We are trying to be in every part of the state to hear from people directly on on their goals and their concerns and what they think we need to know about changing cannabis laws in Minnesota.”

There are a number of issues raised by legalizing cannabis. People are concerned on impaired driving and if the legalization of cannabis will affect those behind the wheel. Others were concerned about how the state will play a role in the legalization as it pertains to distribution and revenue.

“It’s a multifaceted issue that requires a lot of policy, resources, investigation and a lot of public outreach. So as one of the caucus leaders I’m helping that we get this right and that we have one of the best and most thoughtful marijuana laws in the country.” stated Winkler.

The legalization of marijuana is a a current issue in the U.S. Only 11 states, as well as the District of Columbia have legalized cannabis. However in the state of Minnesota, marijuana is illegal for recreational use, but state voters are hoping to change that.

“We know it’s a big shift, a big change we know that peoples opinions are changing about cannabis and so what were trying to do is make sure that we are capturing everybody’s goals and everybody’s concerns as we try to put together a comprehensive law.” stated Winkler.

Attendees were able to ask questions and voice their concerns and opinions at the end of the session.