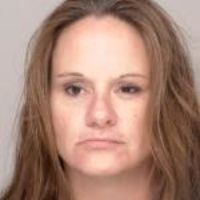 A routine traffic stop turned into a pursuit in Crow Wing County on July 11. A deputy pulled over a vehicle in Garrison for a traffic stop when the driver of the car got out to speak with the deputy, when the passenger moved to the driver’s seat and drove away. The deputy pursued the vehicle for about 5 miles, when the car ran off the road and came to a stop.

Patricia Beach, 37, then began to run from the car and off a dock into Big Pine Lake. Beach was arrested and taken to the Crow Wing County Jail on charges of fleeing, 5th degree drug possession, false name and other driver related offenses.

Beach was arrested on similar charges back in April when she also moved over from the passenger seat during a traffic stop to flee from officials. Beach was convicted of fleeing a peace officer in a motor vehicle on May 1, 2017.