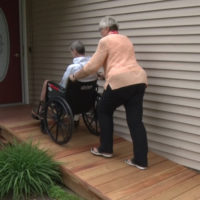 December of 2015 was a time that JP Whalen and his family will never forget.

“I think it was December 21st or 22nd of 2015 is when I was formerly diagnosed with ALS,” JP Whalen said in an interview with Lakeland News in 2017.

ALS, or amyotrophic lateral sclerosis, is a progressive neurodegenerative disease that affects nerve cells in the brain and spinal cord.

“I wish they would find a cure for ALS. I wish it would be something that we could figure out,” said JP’s daughter, Claire Whalen. “It’s been a long four years.”

“It’s a hard one. It’s a real hard one because it’s slow progressing sometimes, like for JP, but you watch a person that you love and care for deteriorate right before your eyes,” said JP’s wife Donna Whalen.

While it has been four years since JP was diagnosed, recently he has had to rely on a wheelchair, which makes it very hard to leave the house.

“The nerves die and then the muscles atrophy and gradually, the symptoms make it so you are homebound,” added JP Whalen.

“We knew we had to get a ramp, but we didn’t know what kind or how to fit it,” said Donna Whalen.

This is where Home Depot stepped in. The national chain has a Depot Community Team that awards grants to make projects like this possible. Claire Whalen’s mother works at the Baxter Home Depot, and when they heard about this grant, they know it would be the perfect fit.

“It’s one of our core values is to help the community, to give back to the community, so I think little projects like this is a great way for us to be able to do it,” said Baxter Home Depot Specialty Manager Dean Britton.

Last Wednesday, volunteers and members of the Home Depot team gathered at the Whalen’s home and the ramp went up.

“It was busy and it went really fast. All of a sudden, everybody was here and all of a sudden it went up and it was done,” said Josiah Kreutzfeldt, who helped build the ramp.

Though the ramp has only been in place for a week, it has already had an immense impact on JP and his family.

“Something like this really allows me to get back into the community and be a part of the community as much as I can, which I’m very grateful for,” JP Whalen said.

“I’m just so grateful for Home Depot. It was a blessing,” added Claire Whalen. “Best thing that has happened.” 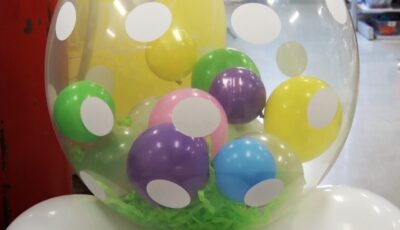 Balloon Bunnies Offered in Baxter in Time for Easter 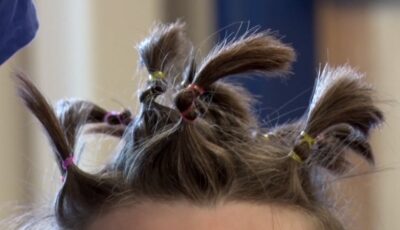