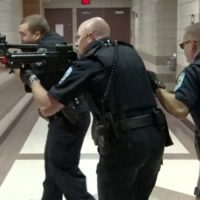 Terror, distress, and adrenaline pumped through local law enforcement on Saturday as they took part in an active shooter training course at Crosby-Ironton High School.

“None of us ever want something like this to happen,” Bryan Krantz, EMS Education Coordinator, said. “But if it does happen, we want to make sure we are prepared to deal with it.”

The day started with an educational course about active shootings, and then a real scenario was set up for first responders, law enforcement, and EMS personnel to respond to.

“We needed to step our game up, and create a more realistic situation,” Krantz said.

And they did – students were spread across the cafeteria and had makeup to portray real bullet wounds, and the active shooter was even firing blanks to have authentic sounds. It may have looked like a gruesome scene, but it was all to ensure that law enforcement had the realest experience possible.

“When guys get into that, they learn that they can push past that adrenaline dump,” Alan Booth, an Active Shooter Instructor, said. “Even though this isn’t a real situation, it still causes that physical reaction so they get used to that, so they know they can conquer it no matter what they are doing in their job.”

“This was very realistic and very well attended,” Kevin Randolph, a Lieutenant for the Crosby Police, said. “I think a lot of people took quite a bit away from this.”

Law enforcement worked quickly as all of the victims were evacuated in 20 minutes, and the scene was entirely clear in 45.

“For the limited amount of resources we had today, it’s an outstanding time,” Booth said.

One challenge for first responders was that they had to look past the victims when they initially arrived on the scene.

“Officers are wired that we are protectors, that is what we are supposed to do,” Booth said. “To run past a victim that is calling for help, especially kids, it tears at your heart and you have to push past it because your job as a responder is to stop that threat before we can start treating.”

This was the first active shooter drill since the school opened in 2005, and some people want to see this expanded even more.

“I think it was a good eye-opener for all of our first responders,” Robert Lakin, an actor during the simulation, said. “I would like to see them do it during the school week when school is open.”

You hope you never have to deal with an active shooter, but it’s good to know that your town is at least prepared. 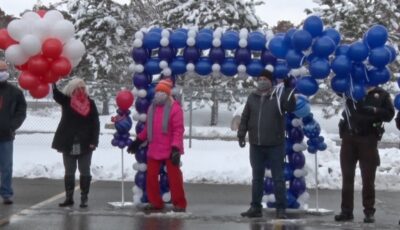 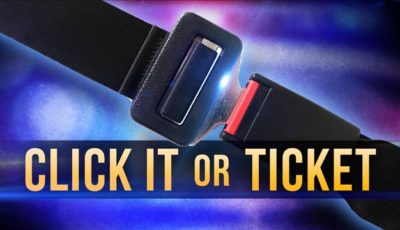 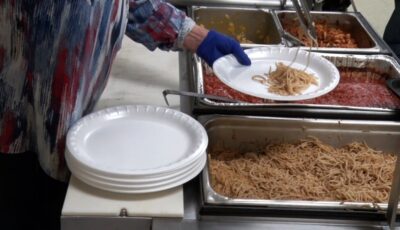