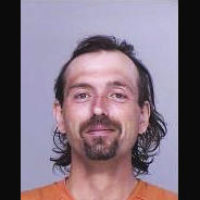 A Brainerd man is facing four felonies and a misdemeanor after allegedly yelling racial slurs and threatening to kill and eat the families of police officers.

According to the criminal complaint filed against John Christian Neville, 34, the incident happened outside the Iron Rail, on 707 Laurel St. when police received a call concerning a woman punching another woman in the mouth. When police officers arrived and spoke with the woman who allegedly punched the other woman; the woman who was black explained the other woman was across the street from the bar with a man was later identified as Neville. They were calling everyone outside the bar the N-Word. The woman proceeded to cross the street to confront them.

The woman said she punched the other woman because she got in her face and continued to use the racial slur. Neville, allegedly then proceeded to threaten to blow up the bar with clips and guns he had across the street.

Officers interviewed employees of the Iron Rail and they confirmed that both Neville and the woman had been yelling expletives and the racial slur throughout the night at several black customers who were standing outside of the bar. The Iron Rail employees also confirmed with officers that Neville did indeed threaten to blow up the bar.

While officers interviewed Neville he admitted using the racial slur. According to the complaint, officers gave him a breath test, which revealed he had a blood alcohol content of .213 that is nearly three times the legal limit for operating a motor vehicle.

Officers placed Neville under arrest and while on the way to the squad car he continued to yell expletives and slurs toward people standing outside of the bar. According the complaint Neville then turned his attention to the officers and began threatening the officers by saying he was going to “ kill their families and murder their children and eat them”.

Neville appeared in Crow Wing County District Court on Tuesday. He was charged with two felony charges of terrorist threats, felony aggravated stalking and faces a misdemeanor disorderly conduct charge. All four felonies carry a maximum penalty of five years in prison, a $10,000 fine or both. His next scheduled court appearance is scheduled for September 8.