A 34-year-old Brainerd woman has been charged in a domestic disturbance that took place in December.

Michelle Ashley Wise of Brainerd was charged with felony domestic assault, a minor misdemeanor of obstructing the legal process, and a disorderly conduct misdemeanor.

Judge Kristine DeMay set unconditional bond at $10,000 and $5,000 bond with conditions where Wise cannot have any contact with the victim. Wise cannot possess a firearm or dangerous weapon, and she cannot leave the state without written court approval. Wise has been released from Crow Wing County Jail and her next hearing is on Wednesday, Jan. 8 at 1:30 p.m.

According to a criminal complaint from Crow Wing County, on Dec. 17 at 8:13 a.m., police were called to an apartment on Norwood Street in Brainerd concerning a domestic disturbance. A Brainerd police sergeant spoke with the male victim who knew Wise, and asked the victim to stay outside of the apartment until the police arrived. The sergeant could hear Wise hollering and screaming inside of her apartment.

Upon arrival, the sergeant spoke to Wise who was very emotional and crying. The male victim told officers that Wise became physical by throwing items at him, and prior to the call she had scratched both of his hands.

WIse began to pull away from officers as they were trying to escort her out of the residence. She screamed and yelled at officers that she needed to get her purse and other items. Wise yelled to the victim, “I’m going to kill you,” as she was being escorted off the property. Wise tensed up her legs in an attempt to not go forward. Officers had to physically push her forward and pin her against the squad car as they tried to unlock the vehicle.

Wise has had two previous assault convictions from 2010 and 2012. 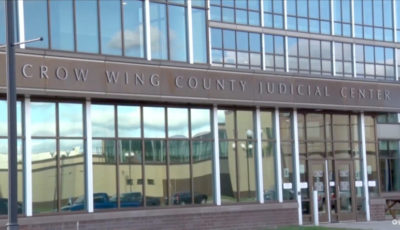