A 32-year-old Blackduck man has died in a head-on crash near Blackduck on Tuesday.

The crash took place on the block of Nebish Rd NE, about three miles west of Minnesota Trunk Highway 72 in Langor Township, which is located approximately 26 miles north of Bemidji. At approximately 4:30 pm, the Beltrami County Sheriff’s Office 911 center received a report of a two-vehicle crash between a 2010 Honda Fit being driven by William Berne, 32, and a 1989 International 9300 farm truck driven by Roxanne Gross, 55.

An investigation revealed that Berne appeared to cross into the oncoming lane of the westbound 1989 farm truck. The two vehicles collided head on. When emergency personnel arrived, it was determined that Berne died at the scene. Gross, driver of the farm truck, was taken to the hospital with non-life threatening injuries.

The cause of the crash is currently under investigation. 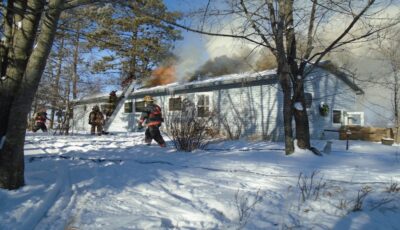