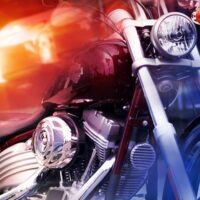 One person is dead and another has suffered life-threatening injuries in a motorcycle crash on June 22 in Brandon, Minnesota.

Donson told dispatchers that he was riding his motorcycle westbound on County Road 108 with another couple and they crashed their motorcycle in the south ditch. He reported the male operator, Shawn Olson, was injured and also said he was unsure if passenger, Jeanine Kirscht, 49, of Brandon, was breathing. Olson was airlifted from the scene by LifeLink III to Sanford Hospital in Fargo, ND with life-threatening injuries. Kirscht was pronounced dead at the scene. Olson and Kirscht were not wearing helmets.

Responding at the scene were, Douglas County Deputies, the MN State Patrol, Brandon First Responders, North Ambulance, and LifeLink III. According to the Douglas County Sheriffs Office, The cause of the crash remains under investigation.